My own little slice of the world.

Well hi there!
Finally we have moved and started to get settled in.
There have been big changes for (almost) everyone.
Little madam has a new school.
Hubby has a man cave room and a new electric guitar and bass
Asti (the dog) has new food bowls (hey, it's a huge change in her world!)
And as of today I'm unemployed....until next Tuesday anyhow when I start with a fantastic new company. Still retail management but a much more prestigious position.
We still aren't completely unpacked.
(And still don't have real Internet on until next week!)
But what I have realised is that we have a whole bunch of crap we don't really need. So while unpacking I have been culling anything we don't need and simplifying our world.
I've read so many blog posts (and articles and books) about how living with less is easier. I always thought it was a load of bollocks. Now in our own house that we know we aren't moving from any time in the near future it all makes more sense! I've been getting super serious about it, I've even culled 20 or so pairs of shoes!!
It also makes things easier to keep clean! (Which my neat freak husband is loving!)
I'm nowhere near finished my culling binge but I can see a improvement already.
There has been zero decorating done so far, but I'm aiming to pop my painting cherry on 5 days off. (Will update if I get it all done)
So signing off for now
Much love
Cie
Posted by Unknown at Wednesday, August 21, 2013 No comments:

Home is where all my stuff is!

Well...Hello hello!
I'm just popping in to assure everyone I haven't disappeared or anything drastic.
I have just been crazy crazy busy.
And stressed.
And a whole lot of excited.
I have massive news.
No, I'm not pregnant.
Better!!
We bought a house!!
Settlement is due to go through on the 26th of this month and we will move in as soon as we can after that.
And then the decoration starts.
And you are all going to get super spammed with posts about paint colours and room layouts.
Ok so they won't actually be that boring. I'm going to aim to get some DIY posts happening as I'm pretty handy like that.
So until then I'm going to keep a bit quieter than I would like to be.
Just keep swimming. Just keep swimming.
Much love
Cie
xox
Posted by Unknown at Wednesday, July 10, 2013 1 comment:


Hi lovelys!
I've had a wonderful weekend. I very much hope you all have as well.
This weekend has provided a unique experience for me. There was no jumping off bridges, no wrestling of sharks, no eating of unknown animal entrails.
It was unique in almost inaudible whisper kind of way.
For the first time in many,many, many years I was given a vote of confidence and competency by someone outside of my "inner circle"
It's funny how without actually saying the words " believe in you" a single gesture can instill a waterfall effect of self belief.
All of a sudden the little negative voice inside is shouted down and retreats into its nest. The sun is sunnier, the birds seem to actually sing rather than just screech incessantly.
And I wonder if the one person who started this snow ball effect actually knows how big of a deal it actually is.

I'm off to go enjoy my weekend but before I do there is someone I want to say a big thank you to. You know who you are

My sweet baby girl is officially a school kid.
The amount of attitude I get sometimes fills me with terror when I consider the teenage years.
If stubbornness (is that even a word??!) is a genetic trait then it's going to be a bumpy ride at times. Anyone who has ever met me can confirm that I have it in spades and her dad is just as bad as I am, if not worse!

Let me add however that being stubborn and sticking to your guns isn't always a bad thing. It's what will make her a vivacious, motivated determined woman later on. A cyclonic force to be reckoned with.
But dealing with these same traits I'm proud that she possesses as a parent will be exceedingly challenging at (many) times. Especially when I know that I'm just as bad!

I had a moment of clarity about the whole thing today while asking her for what I swear was the 17th time in less than 30 minutes to go into the bathroom and start getting ready to have a shower to wash the days worth of sweat, dirt and play before getting into her PJ's.
She marched into the bathroom. Crossed her arms, pouted and said defiantly "NO."

I explained to her that she has been unwell and a shower will make her feel a lot better and that her hair needed to be washed and blow dried before bedtime (She has had a cold and a shocking cough, the blow drying was only to prevent getting sicker, I'm not creating one of "those" girls!)

Again arms crossed it came out...
"You walk around telling me what to do, what not to do! Trying to make me be like you! Well, I'm not going to be like you!"

The best part about it was that it was said in a Scottish accent.

My precocious little madam was quoting movie lines at me!!
(Disney pixar's Brave in this case, good movie and worth watching if you haven't seen it, I may or may not have cried...)

Big deep breath and try and stifle a giggle...

Managed to get her into the shower and all was relatively normal for the restore the night.

"No baby girl. I don't want you to be like me.
I want you to be BETTER than me.
All any parent ever wants for their child is to not develop the same flaws and weaknesses that have held or inhibited their own lives or character.
I don't want you to be perfect.
Perfect is overrated.
I just want you to be a better person than I am.
I want you to learn from my mistakes although I know that you will have to make some of your own to find your own way in life.
Right now I tell you what to do and what not to do because I have your best interests at heart.
I love you and I'm doing the best I can. One day I won't be here to make decisions for you. You will have to do it on your own and I want to make sure you are ready for that.
Now please hop in the shower and wash the dirt off your face"

The funniest thing is I remember saying the same thing to my mum as a teenager (without the accent...although that would have been awesome in hindsight!)

It's going to a long road but at least if she sticks with the accents there are career options out there for her.

I think my husband is haunted.

I think my husband is haunted.

Yup you read that right.

I have always been interested in the paranormal side of life.

My mum has "dreams"
My brother saw people's "colours" (Aura's)
My great grandmother was born in Singapore and was apparently psychic.

But nothing compared to the experiences I've had since meeting my husband 6 years ago.

I honestly believe he has someone attached to him and has for many many years.

His mum believes the same.

And so does he.

The number of strange occurrences that happen when he is around increases the longer he is home for, meaning that since leaving the defence force this has increased exponentially.

I don't believe what ever is attached to him is evil in any way. If anything it seems protective and somewhat maternal.

Maybe it's that same entity that use to check on his brother when he was younger when he woke during the night?
Maybe it's what keeps him safe when he does all the random dangerous situations he seems to get him self into?
Maybe it just likes watching him in the shower? (Wouldn't blame it/her)

My two big concerns are
1)That one day one day whatever it is will morph into something not so harmless (or something else darker will decide to get in on the action and attach it's self to him)
2)That little madam has picked up this "gift" as well.

All the cool kids wear shades

* this is not a sponsored post (as in I wasn't paid anything to say stuff) however I was gifted an awesome pair of sunglasses after the lovely people sunglasses shop saw my Facebook post about killing off my last fave pair.
Postage was from the UK but it arrived in Perth in 10 working days (faster than some of the mail my mum sends from regional NSW!)
Well worth taking a bit of a look around. Great prices and great styles. 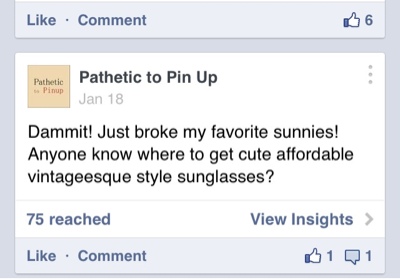 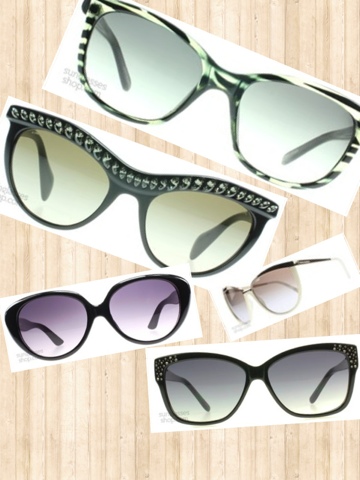 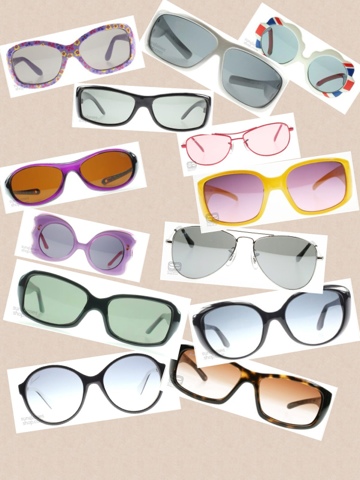 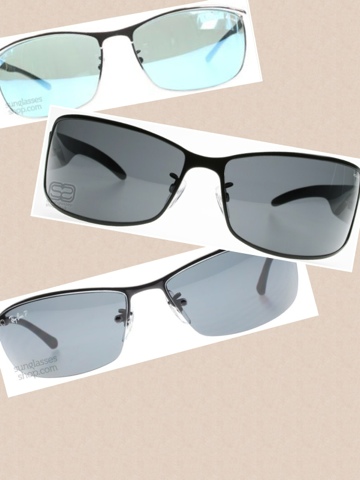 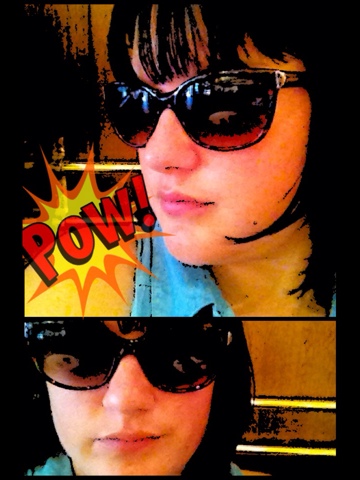 So February. The month that New Years resolutions are already feeling like a life time ago. School, work and all the other busy aspects of life is chugging along like a off beat Groundhog Day scenario. All pretty mundane and boring expectations of the entire month really.

However February for me has been a massive eye opener.
It took one pretty massive argument with my husband to completely rock me to my core
An argument that to anyone on the outside didn't seem to be a big deal. No yelling, not even slightly raised voices and a relatively calm exterior to it all. But underneath I was reeling.


I have been a dick!

In so many issues in marriages the husband is always blamed. In my case I realised it was all me. I've been a pushy, bossy controlling bitch and blamed him for everything.

The reality was that I have become so closed off to any wrongdoing on my part that I couldn't even see what I had been doing was wrong. It wasn't until I heard some things I said come out that I started to dawn on me.
I have been doing every single thing women complain about men doing. I wasn't emotionally available, I pick fights, I don't show any appreciation for all the things he does for me. I never even say thankyou!

It wasn't my marriage that had issues. It was me

I know that this must sound like the biggest heap of brainwashed bulldust you have ever heard. And I'm not writing this for him (he doesn't actually read my blog. He's pretty anti social media to be honest)
I'm writing this for me and maybe the one other person that this may help.

The other good old fashion fallback plan for women trying to fix something is self help books. Mindfulness for dummy's and the happiness project are currently sitting on my bedside table being devoured in every spare quiet moment to myself.

There is light at the end of the tunnel. Hopefully it's not a speeding freight train 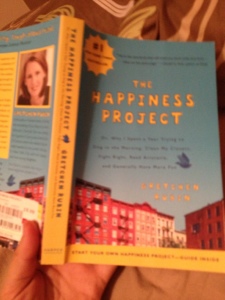